The CBD industry is currently one of the fastest-growing, and by 2025, it is projected to hit the $16 billion mark in the US. Cannabidiol is just one of the many compounds in the marijuana plant. It is widely believed that CBD has numerous therapeutic benefits, some of which have already been proven and legal CBD shops (source) are opening in all corners of the world.

Another primary compound, and among the most popular in cannabis Sativa is THC or tetrahydrocannabinol. THC has psychoactive effects on the brain and is mostly used for its intoxicating effects. But unlike THC, CBD does not have any high, and that makes it a better alternative for most people.

Currently, most people are using CBD to manage anxiety. There are claims that it is effective on depression, insomnia and chronic pain. Already, the FDA has approved Epidiolex, a CBD-based drug for the treatment of chronic childhood epilepsy.

Marijuana is believed to have roots in central Asia, where it was used therapeutically around 750 BC. THC and CBD are just two compounds in over 100 of them. While THC can lead to cravings and addiction, it is not yet clear what effect CBD has on reducing the effects.

The benefits of CBD

CBD is mostly marketed as an effective sleep inducer. It is also marketed as effective in helping manage post-traumatic stress disorder, anxiety and depression. Part of the hype associated with the compound is that it has therapeutic benefits without the high. As a result, CBD is in such as tinctures, lollipops, cookies and beauty products among others.

Not long ago, FDA approved Epidiolex, after a placebo-controlled double-blind and randomized clinical trial, indicated that it is effective on childhood epilepsy when used with other medication. Such a study is the gold standard in medical research as both the investigator and the subject do not know the placebo, and which is the substance under study. So far, Epidiolex is the only FDA-approved CBD extract for the management of a medical condition.

Pure CBD is relatively safe to consume. Some of the side effects recorded in the Epidiolex trial include decreased appetite, rash and diarrhea. However, the right amount to consume during pregnancy or every day is still unknown.

Does CBD Help with Sleep and Pain?

And even though they have not been a double-blind placebo-controlled clinical trial on the effect of CBD on sleep, most users claim that it helps them sleep better. Drowsiness was one of the side effects when testing Epidiolex, and so experts believe that it may help with sleep. 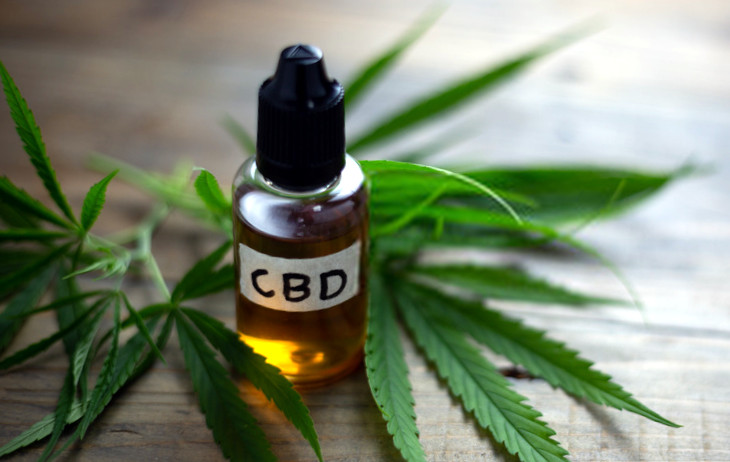 CBD has been used as a therapy for pain as far back as 2900 BC. Recently, scientists discovered that CBD might have pain-relieving properties. The human body contains an endocannabinoid system through which CBD and other marijuana compounds interact to manage pain, immune system response and appetite.

One study in rodents showed that CBD injections reduced pain in surgical incisions. Another one indicated that CBD oral treatment was effective in inflammation and sciatic pain.

In one study, Sativex was effective in reducing pain in people with rheumatoid arthritis. The medication also improved the quality of sleep.

The World Health Organization ranks depression as the single most significant factor contributing to disability. The pharmaceutical drugs used to treat depression can have several side effects such as sexual dysfunction, insomnia, agitation, headache and drowsiness. Others, such as benzodiazepines, can also be habit-forming and lead to substance abuse.

Among the factors that can affect sleep include depression. According to a new review, CBD was seen to act faster than traditional medication in reducing depression in rodents. But in the absence of clinical trials in humans, it is difficult to determine its effectiveness.

Effects of CBD on anxiety and PTSD

In a simulated public speaking task, CBD was seen to help with cognitive impairment and nervousness.

Many returning soldiers are haunted with images of horrors of war and often avoid people, places and activities associated with the traumatic events. A study sponsored by the Department of Veterans affairs is seeking to determine if they can be useful when coupled with psychotherapy to treat PTSD.

In a double-blind clinical trial, 42 heroin addicts, CBD was shown to reduce anxiety and cravings. CBD has even been used to treat anxiety and sleep disorders in children with PTSD. Animal studies have shown that CBD has antidepressant-like properties. These properties are connected to the Ability of the CBD to act on the brain receptors that regulate social behavior and mood.

Current research has uncovered a possible link between CBD and cardiovascular health. The marijuana compound can also help manage blood pressure associated with chronic conditions such as metabolic syndrome, stroke and heart disease.

In one study, 600 mg of CBD was seen to reduce the resting blood pressure in healthy men. According to researchers, the anxiety and stress-reducing properties of CBD may be responsible for the lowered blood pressure.

Some studies have shown that cannabidiol may be helpful with a variety of conditions such as chronic pain, anxiety, depression and childhood epilepsy among others. It can also help maintain cardiovascular health and reduce heart damage.

Currently, several studies are trying to uncover more therapeutic benefits of CBD. There is still a lot to study on the safety and efficacy of cannabidiol. But if current reviews are to go by, CBD is safe for consumption.